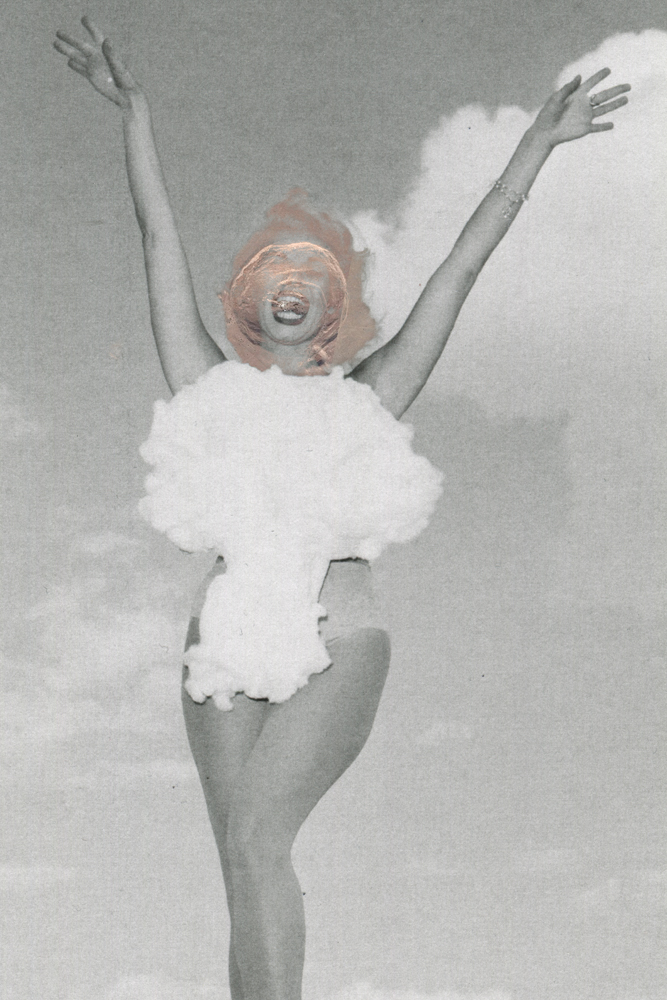 David Fathi, from the series Anecdotal, winner of the Photocaptionist Award at FORMAT15, courtesy the artist

The bomb will not start a chain reaction in the water converting it all to gas and letting all the ships in all the oceans drop to the bottom. It will not blow out the bottom of the sea and let all the water run down the hole. It will not destroy gravity. I am not an atomic playboy, as one of my critics labelled me, exploding these bombs to satisfy my personal whims.

When French photographer David Fathi started his project on the Cold War nuclear arms race, his intentions were serious and documentary. But as he gathered research material, his interest gravitated towards the uncanny, and at times surreal, anecdotes surrounding nuclear testing – stories of bombs lost and never found (or inadvertently dropped in someone’s garden), vaporised chickens, parties and pageants, and a bikini described by its French designers as ‘like the atom bomb, small and devastating’. Fathi’s project, Anecdotal, reinterprets these often absurd nuclear narratives, fusing his own photographs (pack shots and road trip snapshots) with archival images (satellite pictures and civil defence film stills) to offer a tragicomic investigation of the nuclear age’s strangest moments.

Reproduced here is Don English’s iconic 1957 shot of Lee A. Merlin, winner of the last Miss Atomic Bomb beauty pageant in Las Vegas. The competition was organised to coincide with the controversial Operation Plumbbob, a series of nuclear tests, and Merlin celebrates her prize by parading her mushroom cloud swimsuit. The Nevada Test site was only 65 miles from Las Vegas and atomic bomb fever infected the city, with viewings of the explosions rivalling the slot machines and gambling tables as a magnet for tourists.

Superimposed on Merlin’s starlet features is a satellite view of a nuclear crater, and by appropriating the ridiculousness of this naïve sexual exploitation and combining it with the devastation of landscape, Fathi questions the US’s fusion of Cold War propaganda and consumerism. In doing so he invites us to reflect on notions of the collective unconscious and the psychological manipulation of the masses, who, knowingly or not, contributed to a dangerous discourse which depicted the atomic bomb as alluring and desirable.

Intriguingly, Vice Admiral Blandy, the commander of the Bikini Atoll Test (1946-58), referenced bottoms and holes in his mystical and eschatological speech, in which he firmly rejected the criticism he received after the appearance of the controversial photograph, Atomic Age Angel Food, showing him cutting a mushroom cloud cake with his wife and Rear Admiral F.J. Lowry. He is not an ‘atomic playboy’, exploding these bombs to satisfy his personal whims, he proclaims. But what is an ‘atomic playboy’? While the masses were distracted and aroused by sexual metaphors, the fetishisation of the mushroom cloud, and the spectacle of explosions viewed through UV glasses from casino rooftops, the governments of the day were left free to pursue their atomic agenda.

By revisiting these narratives rather than the apocalyptic threats that generated them, Fathi hopes to help us rethink our reality, he says, ‘and the dissonance between the world we believe we live in and the one we have actually built’. FC

David Fathi is a French photographer who lives and works in Paris. After completing a Master’s degree in Mathematics & Computer Science, he started his artistic research in photography side-by-side with his career in engineering. This double practice can be perceived in his photographic work as an intense passion for science and the limits of knowledge. His project Anecdotal, which received the special mention for the prestigious Prix Levallois, has been exhibited at festivals in France, England, Ireland and Portugal. In 2015, his eponymous publication was shortlisted for the Arles’ Best Book award. Wolfgang, his new on-going series, initially conceived in residency at La Villa Pérochon in 2015, retraces a strange myth about one of the founders of quantum physics.

This feature was first published in The British Journal of Photography, in the May 2015 print issue and on their website, as part of the Photocaptionist’s cross publishing projects.