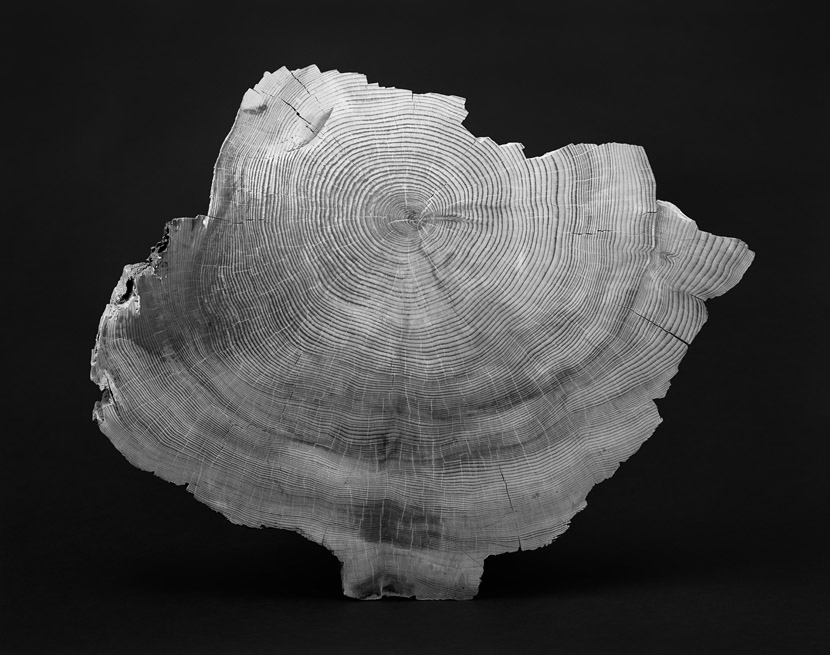 Nobody could understand where it had gone, that sun. It had been shining just a moment before, and so strong that the shadows disappeared instantly. And the light had stripped the world of its familiar, pleasant shapes. Everything, from the smallest blade of grass to the cedar tree, suddenly seemed different from how it had always been. 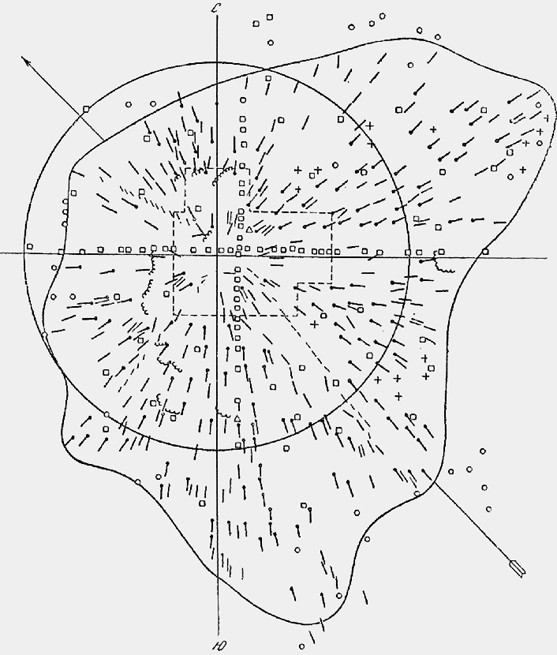 Then one of the shamans called upon the Agdy to destroy the hated enemies. In the early morning of June 30, 1908, an interminable legion of Agdy came flying down upon the grounds of the Shanyagir clan and brought disaster to many of their families: some tents flew up in the air, ‘higher than the forest’, and the people sleeping inside suffered bruises; from the herd of Andrey Onkoul, a Tungus, 250 reindeer vanished without a trace; other Tungus’ dogs and some reindeer were killed; the storage platforms with bread and equipment were destroyed; the forest, a real, ancient taiga, was flattened within a few seconds to an expanse of 10,000 km² in the catchment areas of the rivers Čambe, Žilušmo und Xušmo; there was a tremendous thunder everywhere, causing the earth to break. 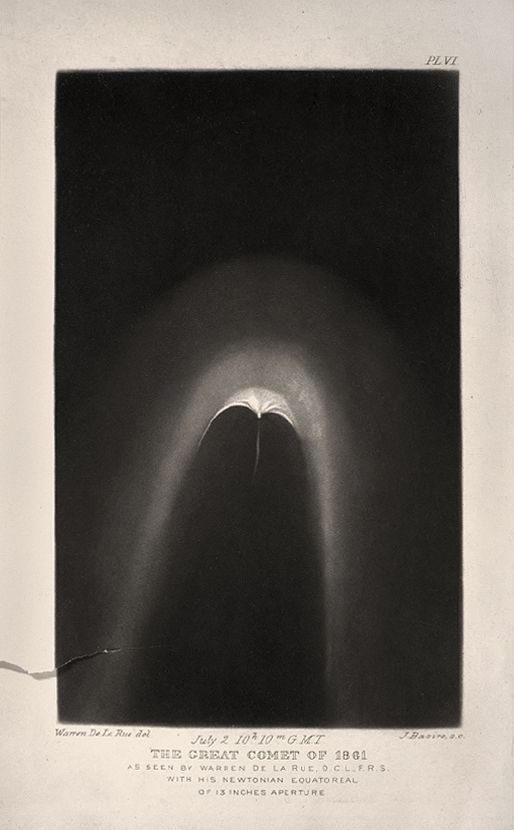 Early in the morning I went to hunt elk above the mouth of the Chamba Makikty and I began to flay the carcass. When I worked, suddenly everything became red. Then there was a blow and for some time I lost consciousness. As I came to myself I saw everything was falling and burning around me. I raised my head and I saw the devil fly. He was like a log, light in colour, two eyes at the front, and behind him flames. I was frightened and I prayed, not to the heathen god, but to Jesus Christ and the Virgin Mary.

To the editor of The Times
Sir, — Struck with the unusual brightness of the heavens, the band of golfers staying here strolled towards the links at 11 o’clock last evening in order that they might obtain an uninterrupted view of the phenomenon. Looking northwards across the sea they found that the sky had the appearance of a dying sunset of exquisite beauty. This not only lasted but actually grew both in extent and intensity till 2:30 this morning, when driving clouds from the east obliterated the gorgeous colouring. I myself was aroused from sleep at 1:15, and so strong was the light at this hour that I could read a book by it in my chamber quite comfortably. At 1:45 the whole sky, N. and N.-E., was a delicate salmon pink, and the birds began their matutinal song. No doubt others will have noticed this phenomenon, but as Brancaster holds an almost unique position in facing north to the sea, we who are staying here had the best possible view of it.
Yours faithfully,
Holcombe Ingleby.
Dormy House Club, Brancaster

Regine Petersen: On Devastation & Other Stories, by Natasha Christia

How are we to deal with the collision of images and text in the work of Regine Petersen? For it is a collision, a deliberate one. When compiling data for the essay accompanying ‘Find a Fallen Star’, I found myself exploring the interweaving of pictures and the written word. A double equation at work emerged before my eyes: texts therein operated like visual unities as much as images were equivalent to language blocks. Petersen instigates this sort of dialectic coupling. The visual material she employs (be it archival resources or her own photographs) is not meant as a plain illustration of the texts she cites, neither the other way round. There is no intention of doing so whatsoever. It rather serves as a disquieting counterpoint that renders meaning milky and sub-aqueous. In its semantic richness, meaning expands amidst an automatic writing on random occurrences and their unpredictable outcomes to human fate.

The Tunguska incident showcased in this feature conforms an imaginary blank chapter of ‘Find a Fallen Star’. It is a variant albeit not a less significant case in Petersen’s relentlessly expanding archive on meteorites. On June 30 1908, just after seven in the morning, an explosion took place over the Siberian Taiga. It is believed to have originated from an incoming comet or asteroid that produced an airburst of five to ten kilometres above the earth’s surface without actually hitting it. Despite the fact that the blast centre was remote and uninhabited, people felt the shockwave within forty miles from ground zero. The explosion reverberated in illuminated skies visible to distant areas of the world. It knocked down about eighty million Taiga trees over an area of 2,000 square kilometres and killed hundreds of reindeer. Its energy was estimated about 1,000 times greater than that of the Hiroshima bomb. No impact crater was found.

Contrarily to the three chapters of Find a Fallen Star (‘Stars fell on Alabama’, ‘Fragments’ and ‘The Indian Iron’), wherein the irruption of meteorites to earth gives rise to a chain of relatively un-dramatic, non-sensational events, the Tunguska case is a hazardous tale of destruction. And yet, here, the piece of cosmic stone that once struck through the atmosphere provoking environmental disaster on an unforeseen scale is up to this day evinced as a non-witnessed and non-tangible forensic record, relegated to the realm of speculation. What remains is the blast that Petersen literally enacts in the semantic clash of images and texts. In their openness, images and texts turn into indexical containers of concocted suppositions and ghostly stories in need of decoding. They wind and connect from one pairing to the other, exercising a quasi-physical impact on us. The rest is History and Myth.

While conducting research on the origins of the Tunguska explosion, I stumbled upon a handful of scientific and other fabulous conspiracy theories, ranging from Nikola Tesla’s experiments with wireless transmission to UFOs or mosquito explosions. Petersen’s approach performs how this information noise collides with the object that remains miraculously absent. Incomprehensible, ungraspable, the object is replaced and transformed into something else. A sort of visual pastiche conjectures a disparate global whole that paradoxically mends up to the Tunguska reality: Tree rings, illuminated skies, a little graphic of the blast with a ” bird’s view of flattened trees as well as different told and re-told perspectives of its destructive power (by foreigners or the local Evenki people). All these visual and textual testimonies move along a line of long vs. short exposures and cosmic vs. mundane temporalities, conforming an enthralling narrative sequence on minorities, lost words and eclipsed cultures.

Weaving in and out of facts, photography has this inexplicable side effect of absurd meaninglessness. Rather than filling the holes, it opens new ones. While its natural inclination is to provide a perspective of the past, it exposes the anomalies of interpretation and what is simply out of reach as if offering redemption to the phantoms generated in our times from time immemorial. It seems to me that beyond all beauty and catastrophe, ultimately there is nothing but the physical exhaustion of images. And devastation, mute devastation in the spirit that W.G. Sebald once described it in The Rings of Saturn:

“Where a short while ago the dawn chorus had at times reached such a pitch that we had to close the bedroom windows, where larks had risen on the morning air above the fields and where, in the evenings, we occasionally even heard a nightingale in the thicket, its pure and penetrating song punctuated by theatrical silences, there was now not a living sound”.

Regine Petersen is an artist based in Hamburg, Germany whose work explores the relationship between history, memory and myth. She recently published two books, Find a Fallen Star (Kehrer, 2015) and A Brief History of Meteorite Falls (Textem, 2014). She received her MA in Photography from the Royal College of Art, London in 2009.

Natasha Christia is an independent writer, curator and educator based in Barcelona. She has contributed the essay in Regine Petersen’s book Find a Fallen Star (Kehrer, 2015) and will be curating Docfield 2016 Barcelona Documentary Photography Festival.