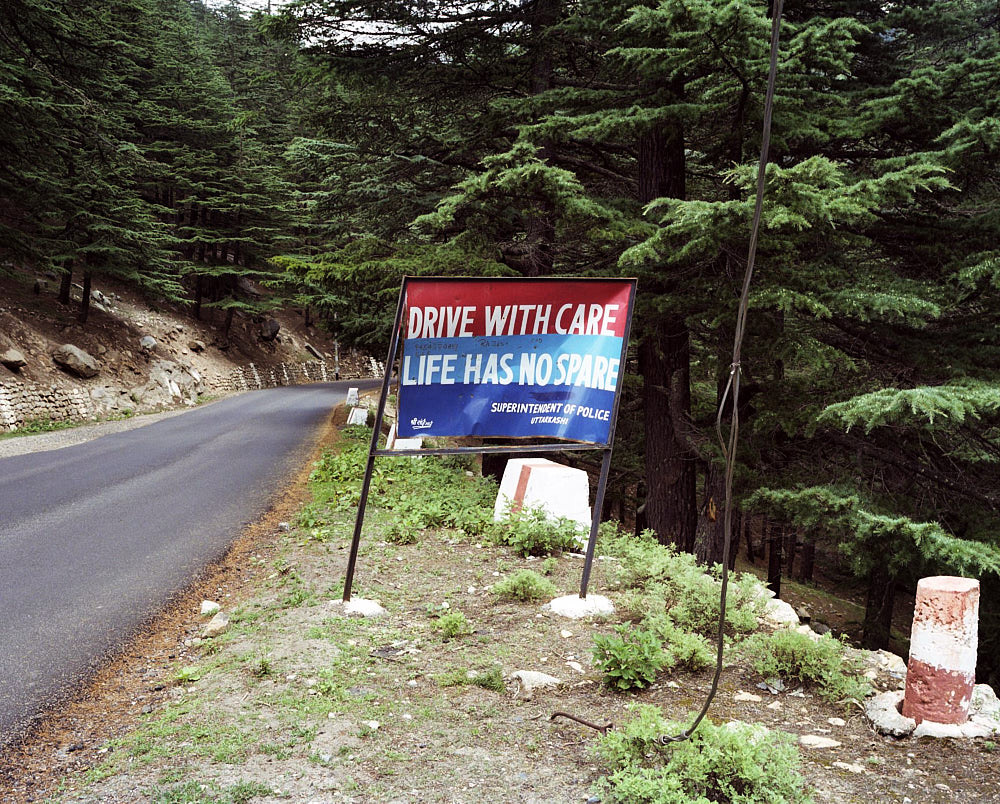 Your life has no target.
I have a target in my life.
That’s why I say you’re a vagabond without target.
You live life the way you want but you don’t have a goal
for which you would put your life on the line.
Where do you have to reach? Delhi, Ladakh? Do you understand?

You’re a confused person.
There are many people like you.
Who can’t choose what they want from life. 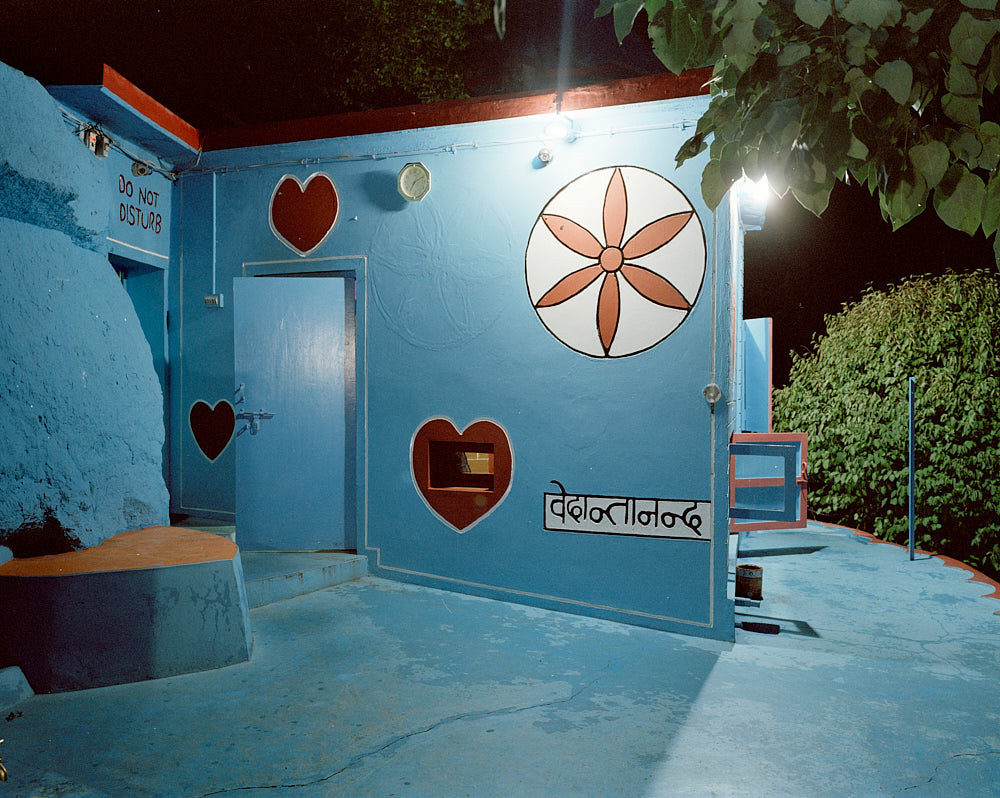 Who am I?
This is why I’m here for the last 11 years, to find the answer to this question.
I’m looking for the person who can give me some answers.
But I haven’t been able to find them.
How can I possibly tell you?

Everything that I can tell you is second hand information.
It is all borrowed from other people.
I know nothing original. 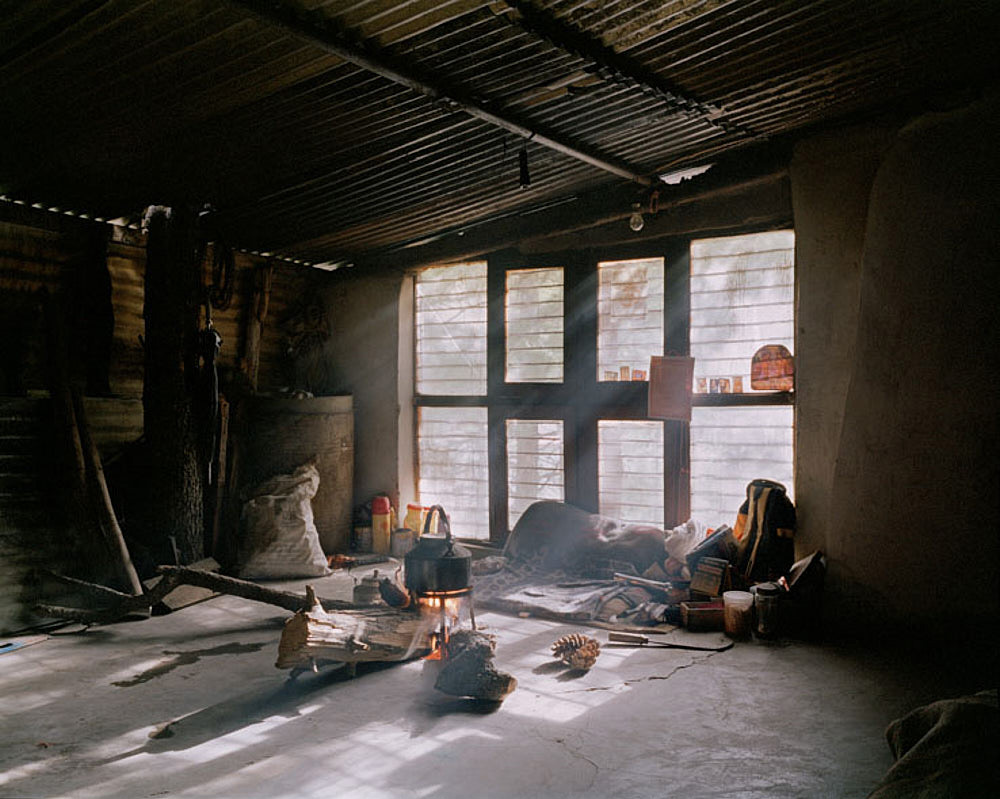 You have to prepare yourself
for the meeting with your maker.
If he appears to you in the middle of the night,
you won’t be able to deal with it.

Crying is a purification ritual for the soul.
I’m purifying myself from the inside,
I want to be ready for our meeting.

This penance is mine,
the knowledge I receive is mine, mine alone!
It is not transferable.
You will have to do your own.
You are not capable, you are just a vagabond… 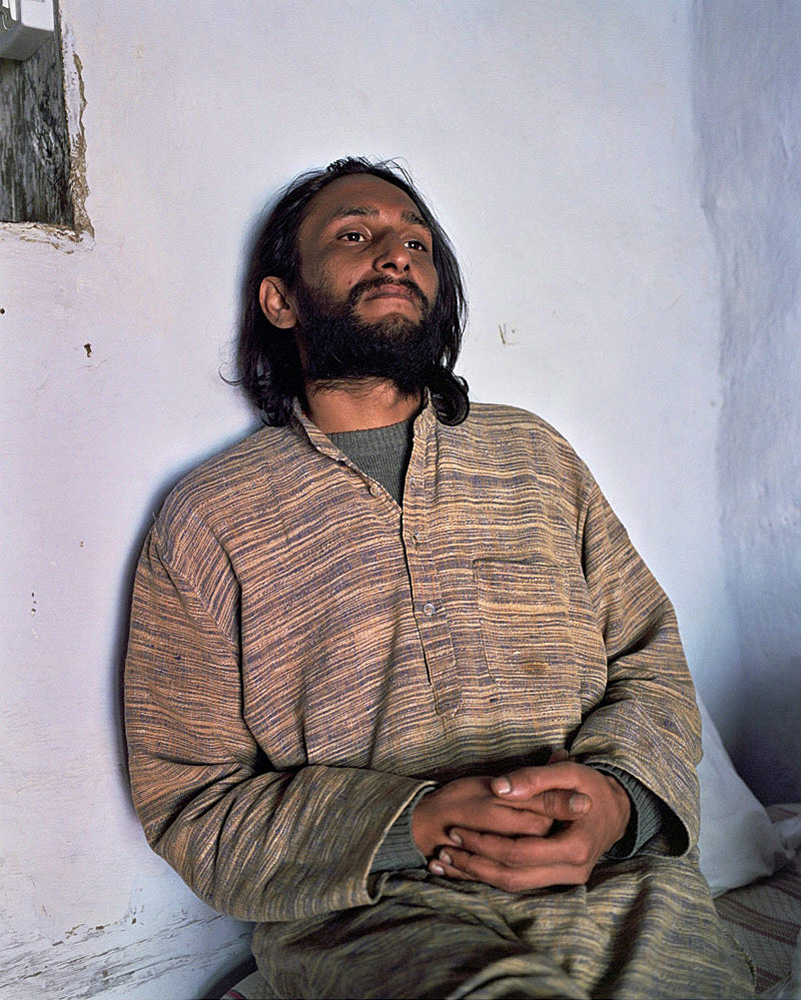 Meditation is cheating.
The person that meditates is cheating themselves and others by claiming that they are spiritual.
Meditation happens, you don’t do it.
If someone is doing it then it is not happening. 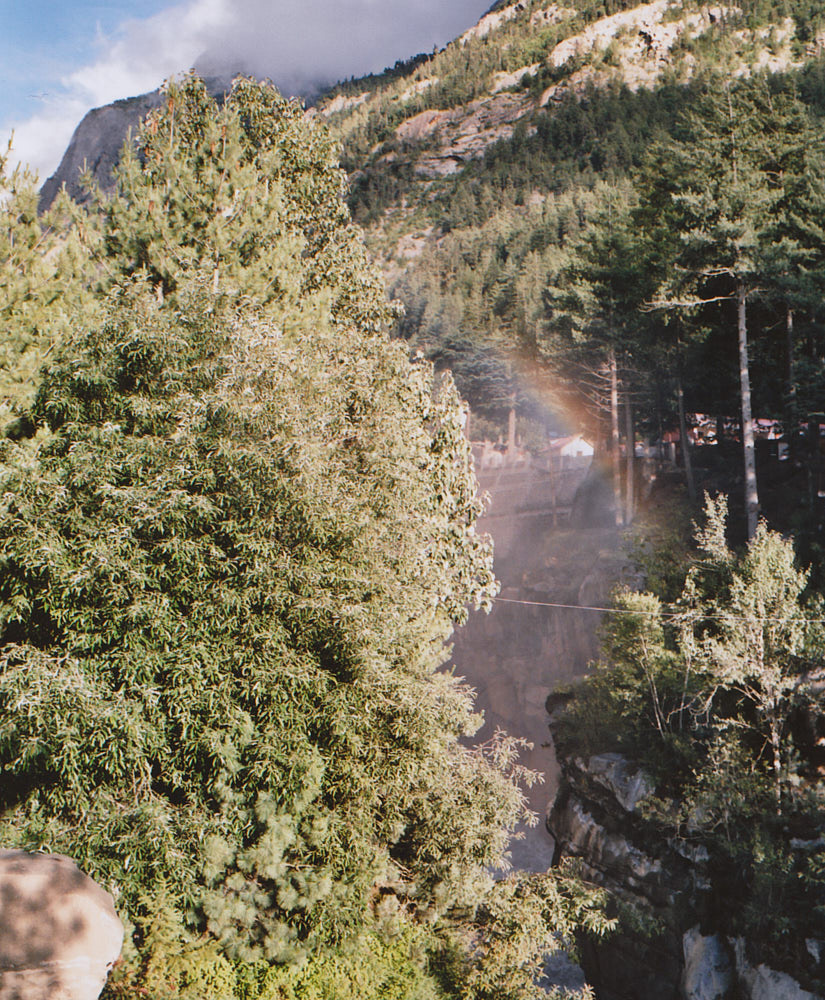 Who is making the Ganga flow?
This sun that is rising everyday, who is pressing the button?
The air is servicing you 24 hours, who is pressing that button?
Who is this person that God is giving orders to?
God doesn’t make anyone do anything.
His work is automatic.

The sun that is shining, coming and going regularly on time is for love.
The moon & the stars they come out for love, the trees grow for love.
All of this is spontaneous. 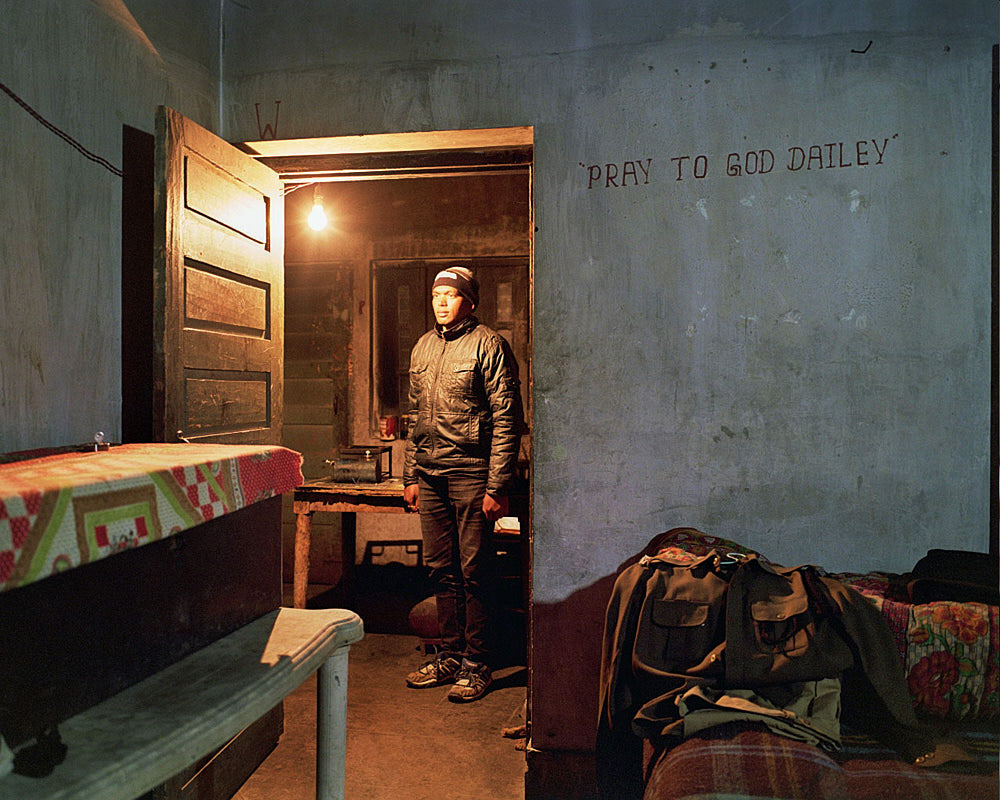 This is Bhakti.
This is divine love and devotion.
This is falling in love in God.

People will think I am mad.
I’m shouting for someone you can’t see.
This is about experience you can’t explain it.
This is for love that we exist.

I want to experience the love of God.
I want to sit in Gods lap. 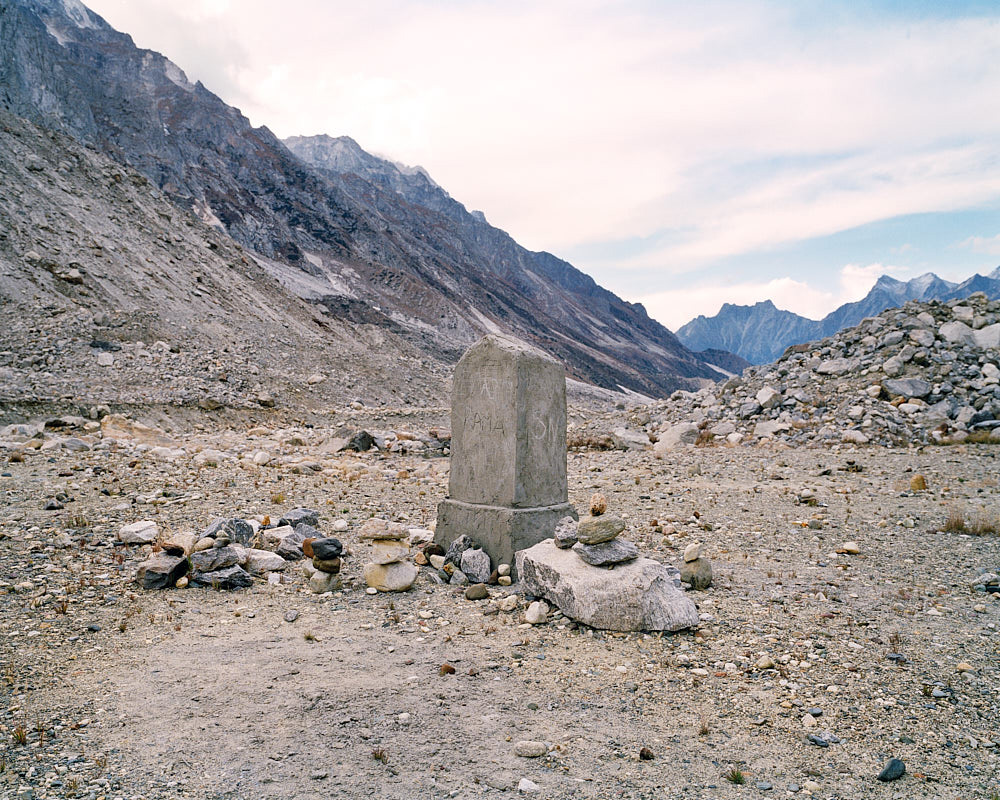 There is no end to it, until I find it.
It can only stop before if my life ends. 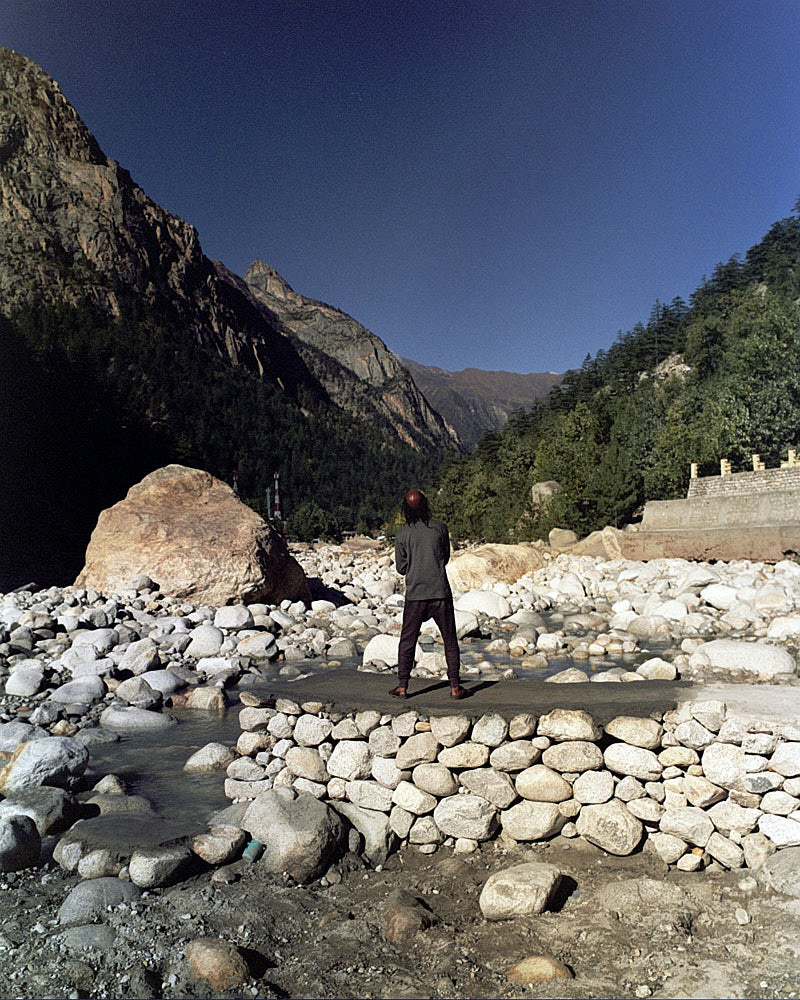 I’m calling like a child would call its mother.
Till my mother takes me in her lap, I will continue crying.
But if I lose my voice before, there is no chance.
So till I have my voice, till she lets me call her, I will call her. 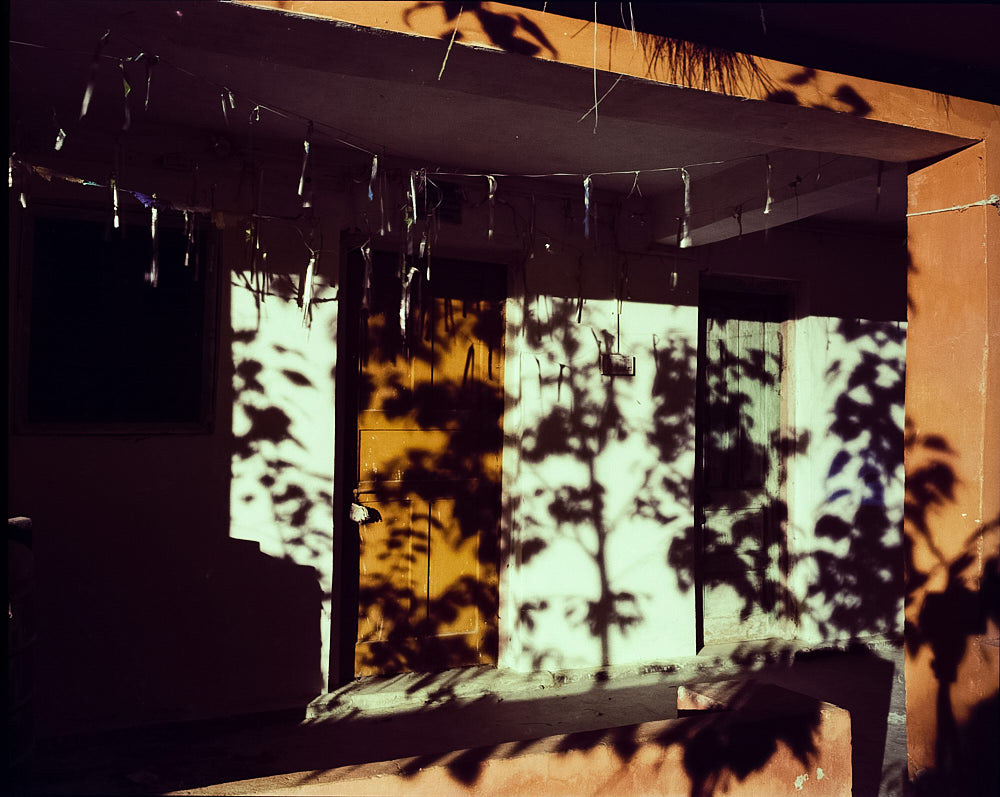 If you’re lost in the jungle at night you would shout,
“Is anybody there! Is anybody there!” Wouldn’t you?
You will cry and scream at the same time.
The thirst in my heart compels me to do it.
It’s for God I cry and shout. 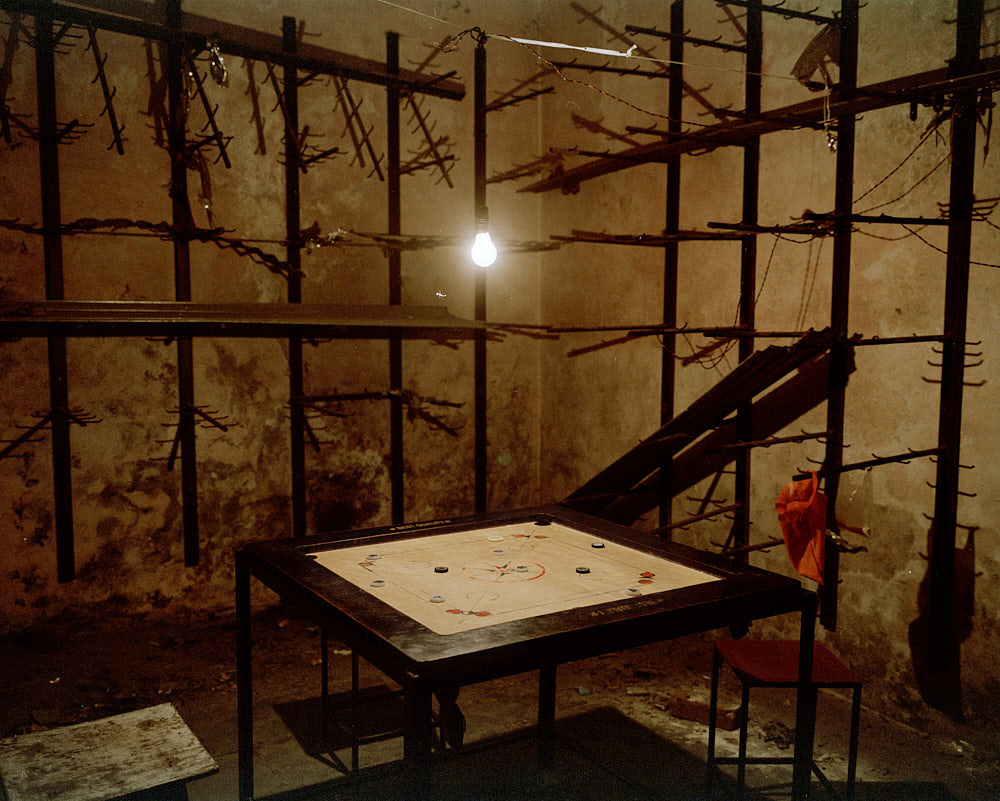 I have no target for how long I will continue.
I want the love to last forever.
This is not seasonal.

This is about putting your life on the line.
Even then, there is no guarantee,
because no one is watching.

As with all journeys that one ends up making for oneself, Nishant Shukla initially walked to the source of the Ganga for the sake of someone else. In 2011 his grandfather, Vasantlal Shukla, was on his deathbed. Nishant wanted to bring Vasantlal—a Hindu priest—water from the mythical origin of salvation, which the latter had often spoken about but never managed to visit. But by the time Nishant’s original intention was accomplished, Vasantlal had lost his memory and failed to recognise his grandson. Yet, the need to provide Vasantlal with a tangible connection to his vision of purity and liberation had become part of a larger and more private compulsion to repeat. Nishant kept returning to that difficult terrain up the Ganga, crossing the Gangotri glacier to where the river emerges into an unearthly landscape of the sublime, putting himself through a quest more mysterious and perilous than compelled by religious faith.

What he brought home each time were memories of utter solitude, disorienting beauty, unpredictable danger and singular human encounters, the material traces of which took the form of pieces of rock, shreds of transcribed conversations with other pilgrims, specimens of local flora and, inevitably, a number of photographs. These became testimonies, or talismans, for forms of energy, life and subjectivity that were as much rooted in the landscapes and human habitations encountered along the way, as in the deepening of the inscrutable feeling and connection that Nishant formed with each of these people or places.

In the book that he made with these photographs, relics and fragments of strangely poetical exchanges, Nishant describes how, during these journeys, he would often ‘fantasise’ of becoming a hermit himself, looking for a cave where he too might begin to live. But these transformations of selfhood proved to be difficult to hold on to. One of the defining qualities of the landscape of the sublime is that it can both elevate and annihilate one’s sense of who one happens to be. Add to this the presence of water in all its forms—river, glacier, ice, snow, cloud—and the self becomes radically unsettled through continual possibilities of dissolution and change.

Any landscape through which a river runs its course has to be a physically and psychologically shifting terrain, in which nothing is what it appears to be, including the pilgrim­-photographer’s states of body and mind. What one needs to let go of in places like these are, first, a sense of scale, and then, a sense of temporality. In an immensity that is often divested of familiar social and sensory coordinates, how does one gauge the measure—in distance, height or depth—of what one is looking at, when a piece of wall with a fly on it could be made to look like a moonscape? What is the relationship between the timeless and the contemporary in spaces where technologies of surveillance and communication—CCTV cameras, satellite dishes, museums of photography, modern architecture and kitschy interiors—coexist with monumental rock forms, torrential waterfalls, nameless hermits and delicately swinging but invisible deities?

These become questions that are lived, but never answered or resolved, through the many confrontations between landscape, water, architecture and the human form on the one hand, and the making of photographs on the other. When Shukla edits his photographs for an exhibition, a slideshow or a book, recourse to chronology and documentary information is kept to a minimum. What results is a body of work informed, in his own words, “by encounters with people who seemed more lost than found, in their search for transcendence, as perhaps I was too.”

Aveek Sen (b.1965) is a writer, educator and collaborator who works across art, literature, cinema, music and photography. He studied English literature at Jadavpur University, Calcutta, and as a Rhodes Scholar at University College, Oxford. He was a lecturer in English at St Hilda’s College, Oxford, and was Associate Editor of The Telegraph, Calcutta. He won the 2009 Infinity Award for Writing on Photography, given by the International Center of Photography, New York.

Nishant Shukla is a visual artist and photographer based between London & India. His personal body of work addresses questions of identity, origins and essence through an exploration of the margin: peripheral moments, spaces and people, commemorated with images and objects that are entangled into his own journey. Shukla is also a co-founder of BIND, a platform for contemporary photography based in India, with a specific interest for the photobook. While running a public photobook library based in Bombay, BIND is interested in fostering new narratives, developing original practices and using inventive forms of engagement with the medium.