On Sunday November 10th, 2019 at 4 pm join us at the Grand Palais in Paris for a performative talk called DISSECT, within Paris Photo Platform. Inspired by anatomy, a work of art by Meghann Riepenhoff will be at the center of an imaginary anatomical table to be ‘dissected’ by people from different backgrounds. This innovative format has been conceived and designed by art historian and curator Emanuele Quinz and Samuel Bianchini, as a contemporary debate around, with and on artworks through words, gestures and objects, within a public device which gos beyond the traditional round-table as it’s inspired by the anatomical table. Treated like scientific corpses, the artworks will be at the epicentre of scrutiny and exchange, under the transversal and diverse gazes of the invited speakers.
Here you can savour a previous DISSECT session. 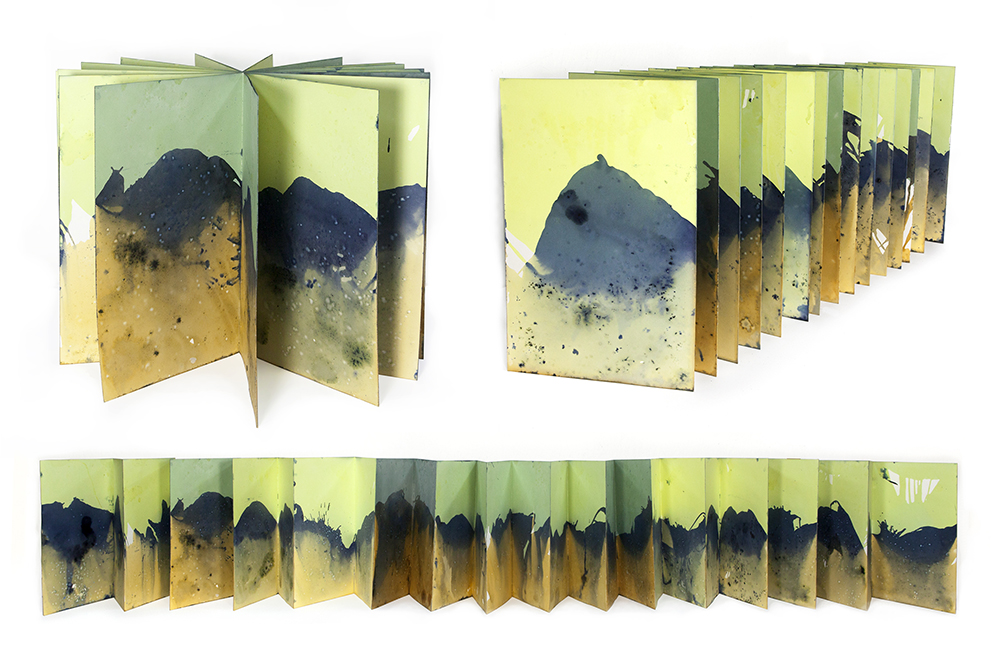 Samuel Bianchini is an artist and a teacher-researcher. He lives and works in Paris. His work is exhibited regularly in Europe and around the world. He leads the research group ‘Reflective Interaction’ of the EnsadLab, the laboratory of the Ecole nationale supérieure des Arts Décoratifs (EnsAD), University PSL, Paris, where he is also co-director of Arts and Science chair, created in 2017 with the Ecole Polytechnique and the Fondation Daniel et Nina Carasso. He published among others, with Erik Verhagen, Practicable. From Participation to Interaction in Contemporary Art (Éd. MIT Press, 2016).

Meghann Riepenhoff is based on the west coast of the US. Exhibitions include the High Museum of Art, the Museum of Fine Arts Boston, the Denver Art Museum, Yossi Milo Gallery, Fraenkel Gallery, Jackson Fine Art, Haines Gallery, and the Aperture Foundation. Her work has been published in ArtForum, The New York Times, Time Magazine Lightbox, The Guardian, Foam, Oprah Magazine, Harper’s Magazine, and Wired Magazine. Collections include High Museum of Art, the Museum of Fine Arts Houston, the Museum of Contemporary Photography, and the San Francisco Museum of Modern Art. She is the recipient of a Fleishhacker Foundation grant, was an artist in residence at the Banff Centre for the Arts, and is a 2018 Guggenheim Fellow.

Emmanuel Alloa is an aestheticism and art philosophy professor at the University of Friburg. He has taught aestheticism at Paris 8, post-doctoral researcher at the Pôle Nation de Recherche Eikones (Bâle) and Research Leader in Philosophy for the Université de Saint-Gall. Emmanuel Alloa has been guest researcher at the IKKM of the Bauhaus-Universität de Weimar, the Italian Academy for Advanced Studies of Columbia University and Berkeley University. His books have received different awards, among which the prix Latsis 2016 and the Wissenschaftspreis Aby Warburg 2019. His forthcoming book is entitled Partages de la perspective (Fayard).

Luce Lebart is a photography historian and the french correspondent for the Archive of Modern Conflict Collection. Her last researches were on archives and the sensible history of photographic techniques. Her last publications include Inventions (1915-1938) coedited in 2019 by the CNRS and RVB-BOOKS), Gold and Silver (RVB-BOOKS, 2018), Les grands photographes du XXe siècle (Larousse, 2017), Lady Liberty (Seuil 2016), Les silences d’Atget (Textuel, 2016). Presented at the Rencontres d’Arles 2019, her last exhibition, La Saga des Inventions: du masque à gaz à la machine à laver was dedicated to the archives of the Centre national de la recherche scientifique (CNRS). Since 2012, she curated 18 exhibitions of historical photography presented in various festivals and museums in France and abroad.

Pascal Viel is a researcher at the CEA of Saclay and Co-Founder of the AJELIS company. PhD and ability to conduct research at the Sorbonne University (UMPC-Paris 6). Specialist of materials and surface chemistry. His interests cover biology, souple printed electronics and more recently materials of water and air decontamination. The process of green chemistry and the environnement protection have always oriented his work. His scientific work has contributed to the creation of several start-up. Since 2014, he works with artist Samuel Bianchini and has contributed technically to the  Pleureuses and A présent installations.

And yours fictionally Photocaptionist, a.k.a. Federica Chiocchetti. Writer, curator, editor and lecturer specialising in photography and literature. Through her platform Photocaptionist she collaborates with institutions such as the MEP and Foam. A PhD candidate in photo-textualities at the University of Westminster, she is a consultant for the photo-poetry books collection of David Solo. Recently she guest edited Aperture’s PhotoBook Review(2019) and curated the exhibition Lorenzo Tricoli: The Archive You Deserve (Fotografia Europea 2018). In 2015 as Art Fund Curatorial Fellow of Photographs at the V&A she curated a show and symposium on Peter Henry Emerson. Her book Amore e Piombo (Archive of Modern Conflict) won the 2015 Kraszna-Krausz Best Photography Book Award.

You can re-watch it on Vimeo: