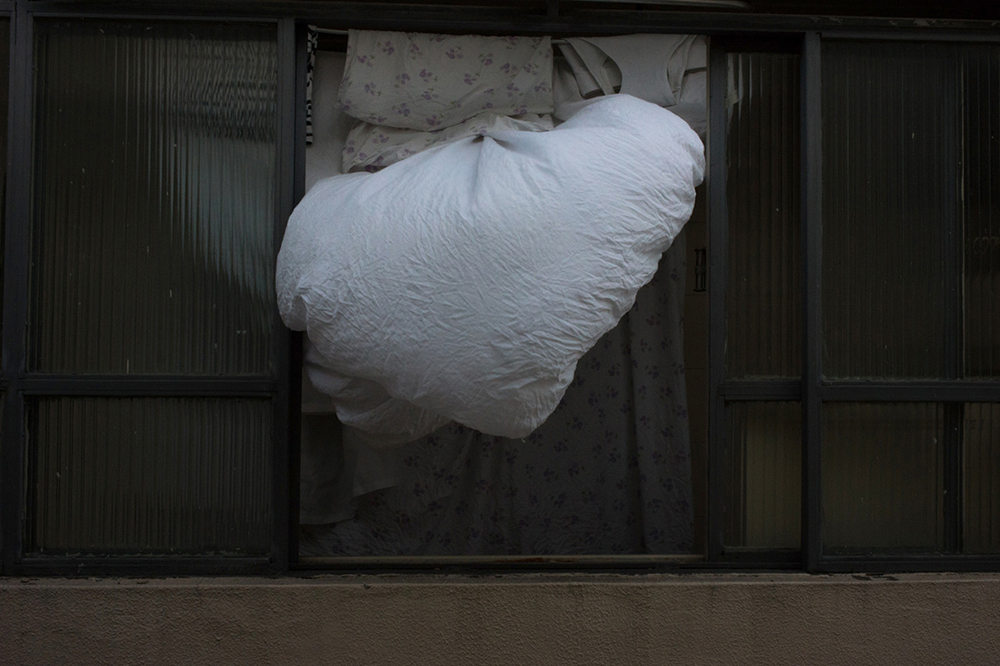 As the sense-organs reach the limit of their powers, their light begins to go out. Yet at the moment of expiry that light leaps up one last time like a candle flame, giving us a glimpse of the invisible. […] Not the pure idea, wreathed in clouds, nor the visual image burned on the retina, overwhelming and disappointing us with its matter-of-fact clarity, but the sense-image, kept as fleeting as possible, as a means toward stirring or activating the idea that lies buried more deeply in the soil of memory.

I recently came across an article about a young, emerging artist who had won an international photography award. Commenting on his success a curator claimed that the winners of awards like these showed that together with a strong execution, the underlying idea or story were becoming increasingly crucial in the practice of the photographer. Indeed, we tend to interpret most images from the outside in; we begin with context, we start with what lies outside of the frame. Who is the author? What do we know about them? What is the story behind these images?

Particularly in photography, context is becoming increasingly important; we look to the life of a photographer, to the history of a country, and believe these insights might reveal to us what it is we are looking at, what these images are and what they mean. Only then do we work our way to the inside. Only then do we begin to look. However, by approaching images in this way, seeking a story, a narrative, not only are we imposing a limit on what we might gain from looking at a photograph, but the singular image is suddenly devalued. For we have already moved on to the next step, searching for a sign that confirms what we already know.

When Professor David Lurie gives his lecture on Wordsworth in J.M. Coetzee’s novel Disgrace, he describes the poet’s disappointment upon seeing Mont Blanc after traveling to the Alps. “Why grieve? Because, he says, a soulless image, a mere image on the retina, has encroached upon what has hitherto been a living thought. What was that living thought?” Being a photographer myself I have always struggled writing about my own work, and that of photographers whose work I was drawn to. However, Coetzee’s notion of a “living thought”, of the “sense-image” has always stuck with me, if only because I have experienced moments of uncertainty in which thought is closer to sensory experience than delineated knowledge. Sometimes we simply press the shutter button in order to present this uncertainty to ourselves. Sometimes creativity results from a loss.

I believe it is precisely these types of images, which attempt to capture what until that very point was a living thought, a thought without bounds, that resist context. Faced with photographs of this nature, all we are able to do is move from the inside out. These are well and truly sense-images, through which a living thought persists, and resists. Anna Paola Guerra’s photographs fall into this category. Consistently without title, her images seek to arrest sensory experience; while each and every photograph makes sense, what they signify remains indeterminate. Here, the story or idea reveals itself only through ourselves.